One of the most interesting modern powder steels is Maxamet, invented by Carpenter corporation. It began to be produced in the 2000s as a high-speed steel designed for the manufacture of tools (cutters, rolls, taps, etc.) and the processing of ultrastrong materials with hardness around 70 HRC. Maxamet has properties that are superior to common high-speed tool steels and is similar in properties to cemented tungsten carbide. It began to be used in the knife industry in 2014, but due to the high cost and complexity of production, it has not yet gained wide popularity and is quite rare. 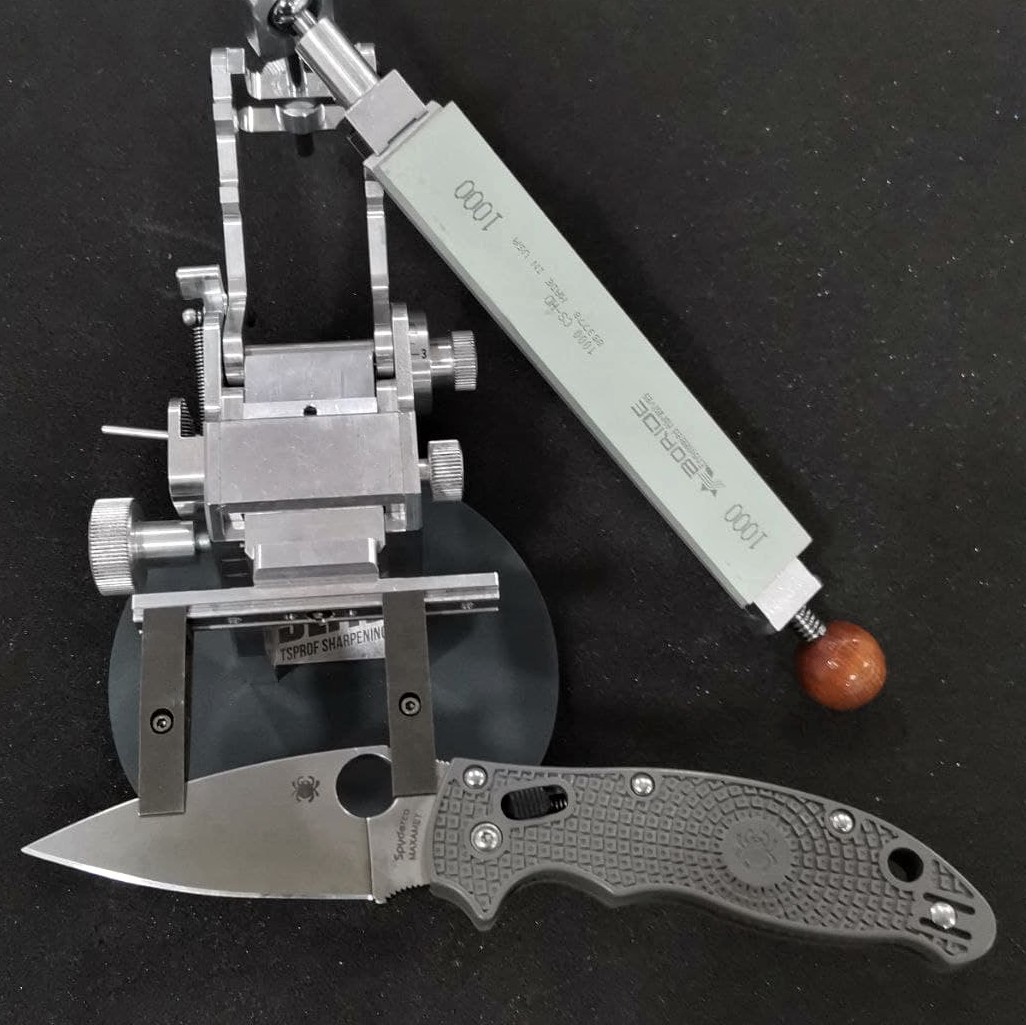 The chemical composition of steel includes 2.15% carbon, 4.75% chromium, 0.3% manganese, 0.25% silicon, 13% tungsten, 6% vanadium and 6% cobalt.  Carbon is responsible for hardness, wear resistance and corrosion resistance of steel, but such a high amount of it reduces the fracture strength. Chromium resists corrosion, but there is too little of it in this steel composition to make it stainless. A key role in the composition of Maxamet steel is played by such a component as vanadium, a fairly big amount of it maximizes wear resistance and toughness. And a large percentage of tungsten and cobalt, which increase hardness and heat resistance, classifies it as high-speed tool steel. The tools produced from it can work at high speeds at temperatures up to 600 degrees. 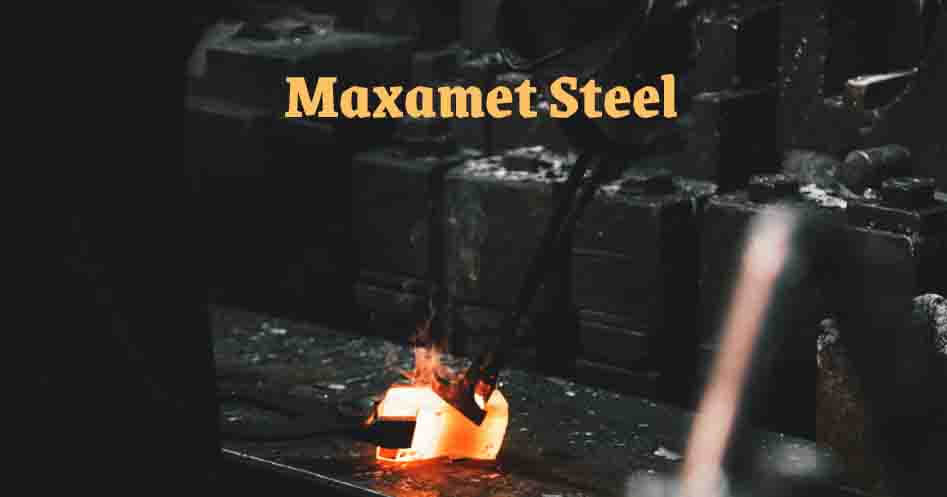 According to its main characteristics, Maxamet belongs to the hardest and most wear-resistant steels. Its working qualities are best revealed at 67-68 HRC. In fact, this steel is able to perform its functions at the maximum hardness parameters for knives. It has only a few competitors in this niche, and it is one of the most advanced and high-tech solutions of modern metallurgy.

The wear resistance of Maxamet is achieved both by tungsten alloying, which is traditional for "HSS", and by using the Carpenter - Micro-Melt technology of creating powder steel. It is the technology of powder conversion that allows it to be alloyed with vanadium in very significant volumes and at the same time preserve more than 2% of amount of carbon. Steel, thanks to powder technology, acquires a finely dispersed structure of carbides, with their maximum uniform distribution in the matrix.

Like any other steel, Maxamet has a number of disadvantages. First of all, it is a fairly low corrosion resistance. A small amount of chromium suggests that steel should rust, like any carbon steel. However, its unique composition with a large amount of vanadium, carbon and tungsten has a positive effect on durability. In a humid environment, steel is actively covered with various surface spots and small corrosion points. But with minimal maintenance, this process does not turn into obvious rust and in practice Maxamet resembles a D2 of a very well done heat treatment,  in terms of corrosion resistance. The second disadvantage is the low strength of this alloy under lateral loads. Like any superhard steel, Maxamet is not designed for impact work on hard materials (cutting bones, trees, «batoning», etc.). But in general, its fragility, thanks to the manufacturing technology and outstanding composition, is not critical. The blade withstands sufficiently high loads on durable and abrasive materials, is able to cut copper wires, hemp ropes, various types of plastic without any problems. During heavy work, the cutting edge may be covered with micro-chips, but continues to cut for a long time without losing aggression. 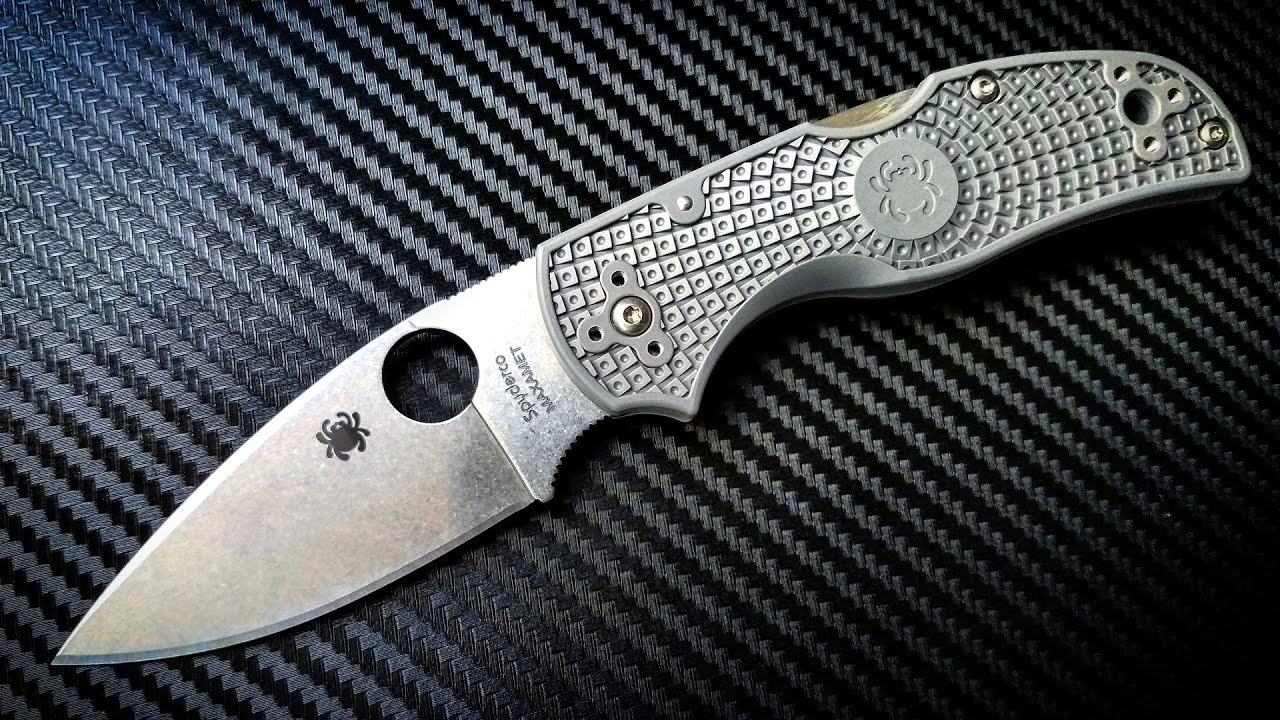 The nearest rivals of Maxamet today are "supersteels" of the Crucible concern and the Austro-Swedish corporation Bohler: S110V, S125V, M398, Rex 45, Rex 121, etc. According to their working qualities, all these steels are approximately in equal conditions, approaching the limit of the capabilities of modern tool powder steels. At the same time, the main feature that unites them all is their low popularity in the modern knife industry. To date, they are used only in limited series (sprint run) of the world's largest brands, or in small-scale production of custom craftsmen. Therefore, it is not yet possible to establish a clear superiority, as well as to identify obvious disadvantages of Maxamet in comparison with competitors in mass products.

Sharpening this "HSS" requires suitable abrasives. Aluminum oxide sharpening stones, which work perfectly on steels below 62 HRC, are not suitable for Maxamet sharpening. They have a low grain hardness, and metal removal is extremely slow, because the abrasive slides on the steel. Silicon carbide-based stones are capable of sharpening this hard steel, but such sharpening will be slow and will require a lot of effort. In addition, it is necessary to take into account a certain "roughness" of the work of silicon carbide stones, their ability to leave noticeable sharpening marks, especially at the finishing stage and micro-chips on the cutting edge at a small sharpening angle. The best option in this case are diamond bars, primarily on an organic bundle and an improved OSB bundle from the Venev Diamond Plant. They work fast enough, but at the same time gently, without staining the steel during sharpening. You can do finishing with a diamond paste on a wooden blank from the same manufacturer, and a mirror cutting edge will be obtained.