One of the most popular folding knives known today is the so-called 'Barlow' knife. These are small multi-purpose knives, which originally became widespread in America and Canada in the 18th century. In fact - they became the main competitors of Swiss folding multi-purpose knives, with the same long history and solid reputation. 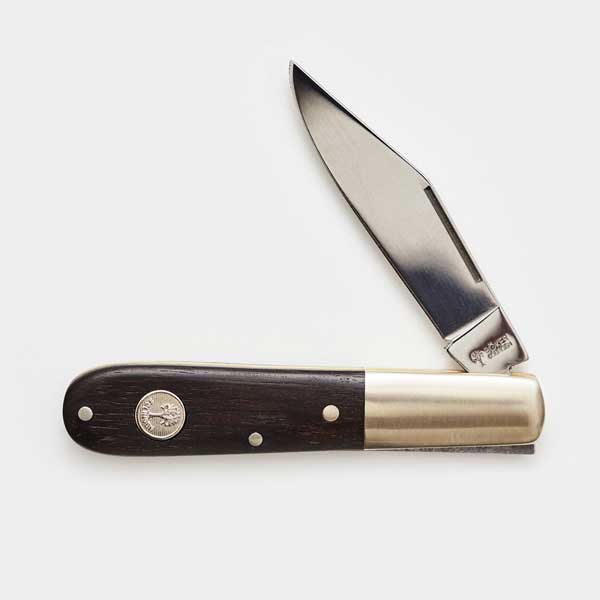 It is not known precisely when Barlow knives appeared on the market. The first production is believed to have started in England, in the Sheffield area, around 1670. The first copies were produced in the factory of English businesswoman Obadiah Barlow. The folding knife was originally produced as a single-blade knife and only later received two blades.  From the beginning of production it was aimed at mass sales and was inexpensive. The  carbon steel was common for that time and the handle was made of bone and had rather large metal bolster. As early as the 18th century, around 1745, knives began to be exported to America. At that time the quality of knives was considered high and possession of them was obligatory for almost every man. 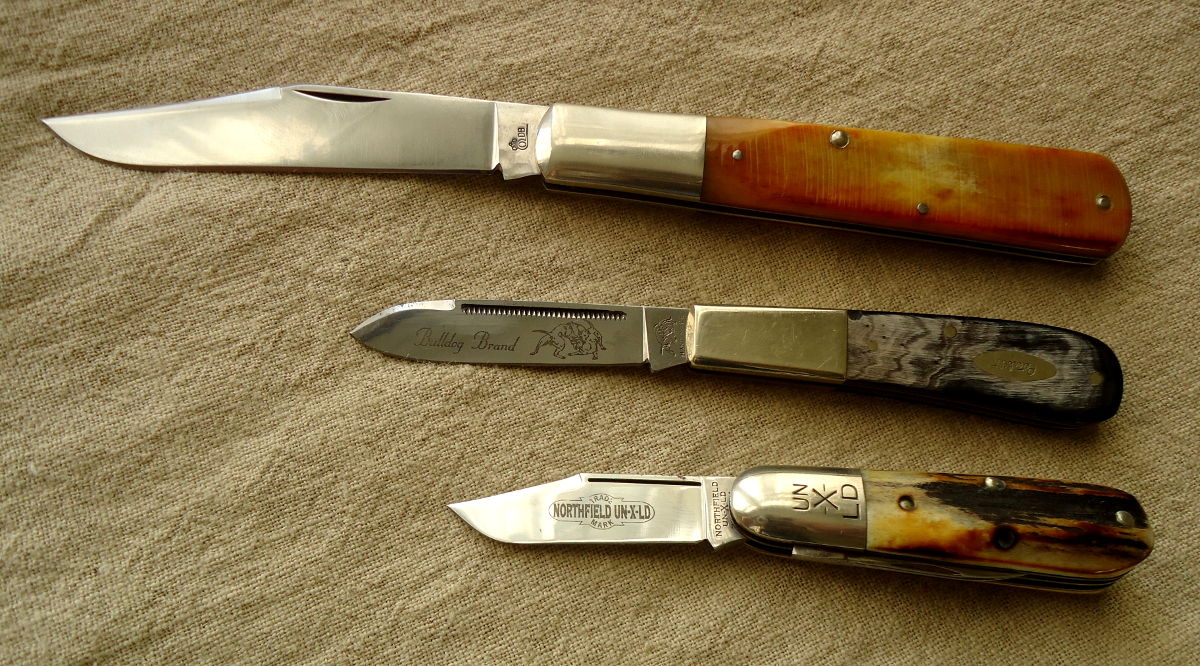 Their popularity in the US is strongly connected to a story from the life of the first president, George Washington, who was given a Barlow knife by his mother when he was young and since then, Washington has carried it with him at all times. The knife was engraved, "Always obey your elders".  In the winter of 1777, while the main Continental Army was stationed at Valley Forge, at one of the most important moments in the War of Independence, he planned to give up command of the army, despite pleas from his seniors not to do so. It is believed that Washington remembered his knife and torn up his resignation letter. It is not known to what extent this legend influenced sales growth, but the popularity of the knife in the 19th century was very high. Historians note that it was used everywhere and became almost a national symbol, although it was produced abroad. 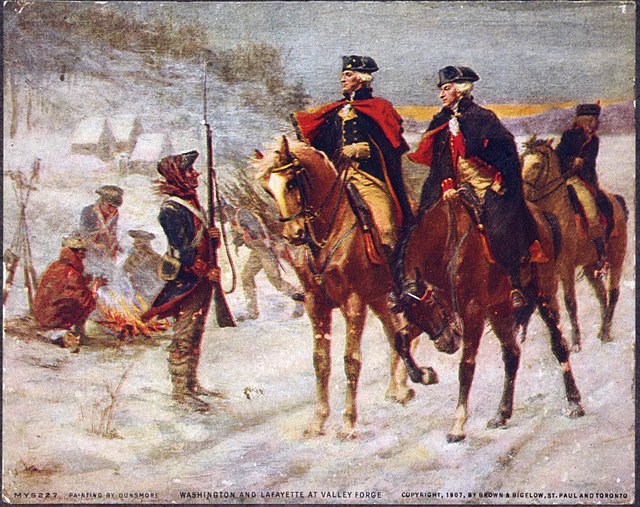 In 1875, John Russell's company set up its own production of folding knives in the United States, along the lines of the Barlow Knife. The company already had a reputation in the kitchen knife market and was one of the most technologically advanced companies in its industry. Steam engines and state-of-the-art mechanical hammers were used at the factory. The manufacturer quickly developed a range of folding knives which were recognisable by the letter 'R' with an arrow, which became a classic today. The Russell Company divided knives into two main groups: standard, 3.8 inch (96mm) in folded form, and larger, 5 inch (127mm) in folded form, the so-called 'Daddy Barlow'. The popularity of the company's products in the US was constantly growing, primarily due to the affordable price, which was not increased for several decades and was not more than one dollar per knife. But despite the cheapness and affordability it was the Barlow knives that were most exposed to counterfeiting throughout the country. Most fakes were exact replicas of Russell knives, but some manufacturers experimented with sizes, blade shapes and handle materials. As the materials and assembly of the original knives were very simple, it was often quite impossible to distinguish them from a good copy. 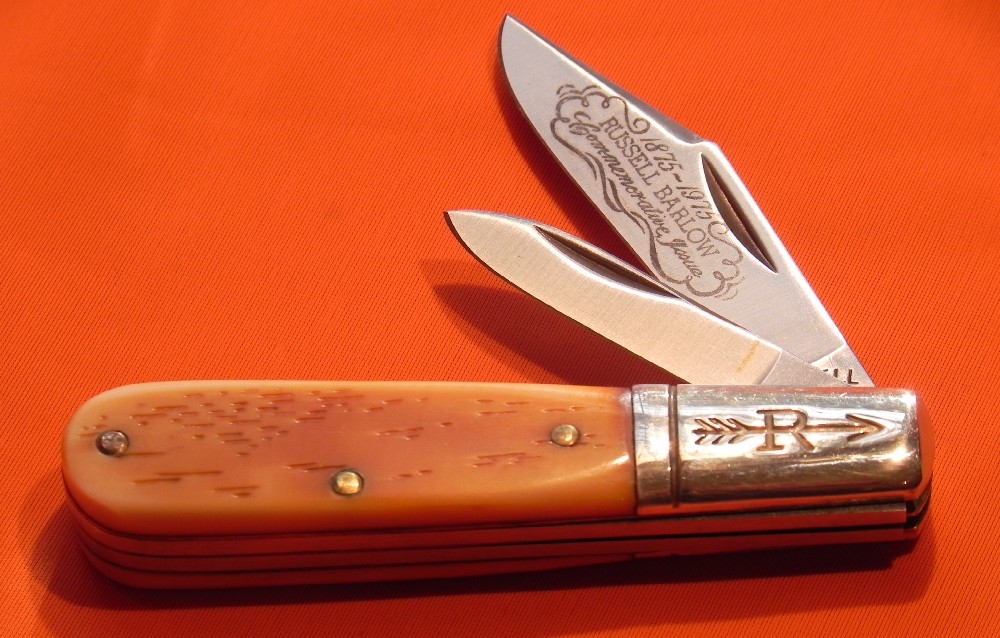 In terms of design and materials the knife was as simple as possible. Blades on traditional Barlow knives were made of the cheapest stainless steel, with a low hardness (within 54 HRC). During the hundred years of production there was almost no experimentation with steels, and the quality of the metal was not improved, because it was important to keep the price of the knife in the budget segment. Classic knives had spear-point and clip-point blade profiles. And the main feature of the Barlow was a drop-shaped handle with bone or wood overlays, and long bolsters made of steel. A slip-joint was used as a lock on all knives, and manufacturers did not experiment with other types of locks. The knife was assembled with rivets, with no possibility of disassembly or adjustment. For its size it had quite a decent weight. The Barlow knives were carried in leather pouches on a belt or simply in pockets. After World War II, Barlow knives began to gradually lose their popularity under pressure from competitors in Europe - Swiss multi-purpose knives and then American folding knives with new types of locks. But the recognisable and popular brand was not lost, and even today various American and European manufacturers continue to produce their knives in Barlow style. In doing so, they do not change their unique look: the drop-shaped handle with long bolsters and the slip-joint lock. 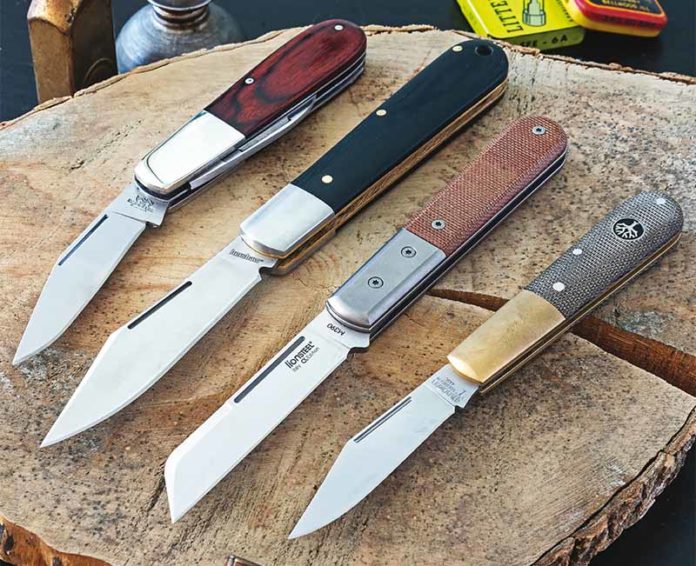