Folding rescue knives appeared several decades ago, primarily with the development in the knife industry of the so-called "survival" theme. Although they were positioned by the manufacturers as a tool for professionals, the main buyers were supposed to be ordinary people concerned about their own safety. Armed with an axe, a fireman dressed in professional uniform, or a paramedic equipped with a special bag in real situations do not need a small folding knife, often made of quite expensive materials. Such knives are needed by ordinary people as a "last chance" tool in a car accident, fire or other extreme situation. Knife manufacturers have caught consumers' need for such knives and have saturated the market with a variety of models. A modern rescue knife is most often a multi-tool knife, with a handle of bright, noticeable color (red, yellow or orange), necessarily with a one-handed opening and a sufficiently strong lock. Such a tool most often has a serrated blade, often with a rounded nose, to prevent the survivor from getting cut when evacuating him from cars, burning buildings, etc. The serrated blade is considered more effective than the straight blade because it allows you to cut through fibrous, soft, or thread-rich materials in a single motion. Many rescue knives do not have a fully serrated geometry, but a so-called "semi-serrated" one, with a large portion of the straight cutting edge. Often, along with the main blade in a rescue knife, there is a special sling cutter, for cutting various ropes and car seat-belts. This device, with some skill and practice, is superior to standard blades, including serrated blades. It originally appeared in military parachute kits and has proven itself in real extreme situations. Also rescue knives often have in their kit a variety of screwdrivers, and sometimes wire cutters or needle-nose pliers, which turns such a knife into a full-fledged multitool. But it should be noted that manufacturers rarely produce large multitools in the format of rescue knives, as such products always have significant weight, which limits the possibility of their daily carrying. An obligatory attribute of a rescue folding knife is the presence of a glass breaker: a special protrusion on the back of the handle, made of hardened steel or special inserts made of heavy-duty materials, primarily tungsten carbide. 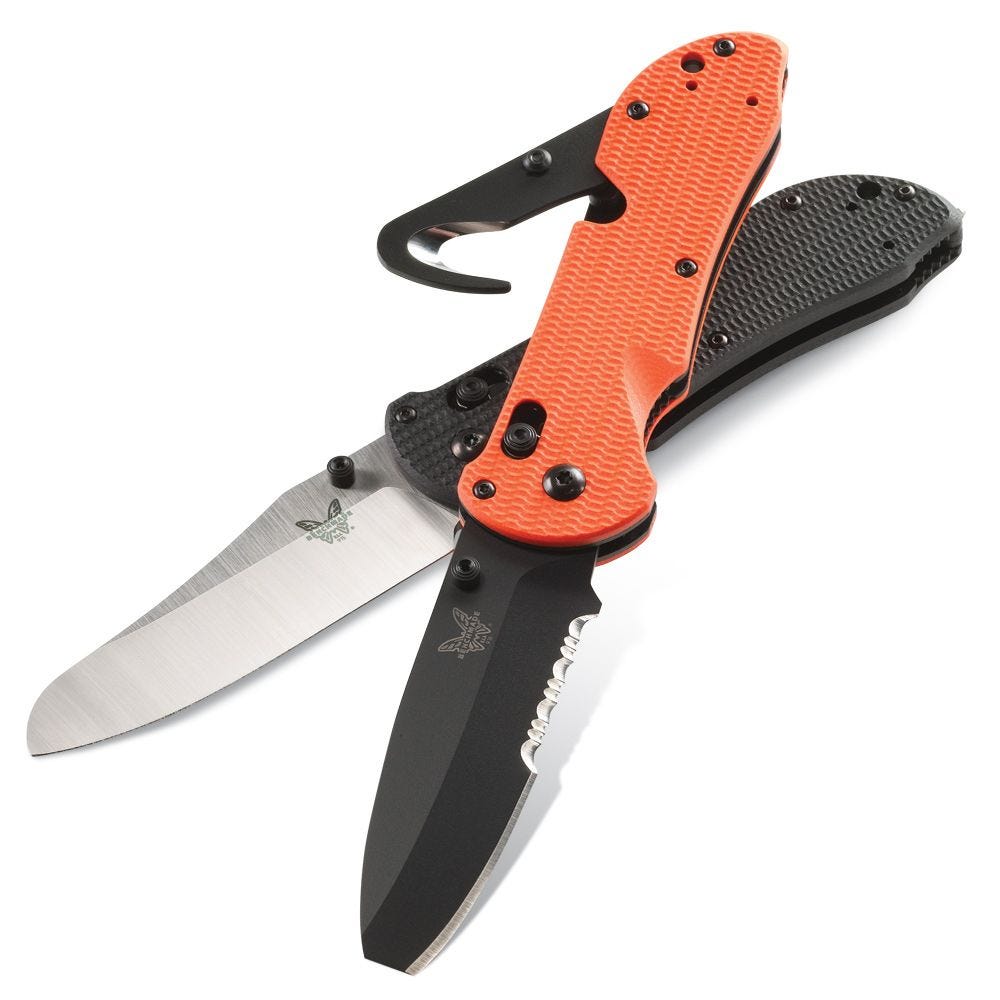 The blade on a rescue knife should be as strong as possible, to withstand even short-term but high loads. The thickness of the spine is usually within 3-5 mm, the length of the blade is 8 cm and higher. At the same time it can rarely exceed 10 cm, as such a knife will possess excessive weight, unsuitable for daily wear. The lock for such knives should be highly reliable, but at the same time, it should be intuitively easy to open, both in a slippery hand and in a gloved hand. This is the characteristics of a back-lock, triad-lock or frame-lock types. At the same time, many manufacturers, including famous ones, make such knives with rather fragile locks of liner-lock type, which spring can bend under hard work. A knife with an automatic blade ejection can be of great help in emergency situations. It does not require the use of physical force, which is important for the injured person and can literally be used without looking. At the same time, such knives lack multitasking, have a single blade and therefore have limited application possibilities. 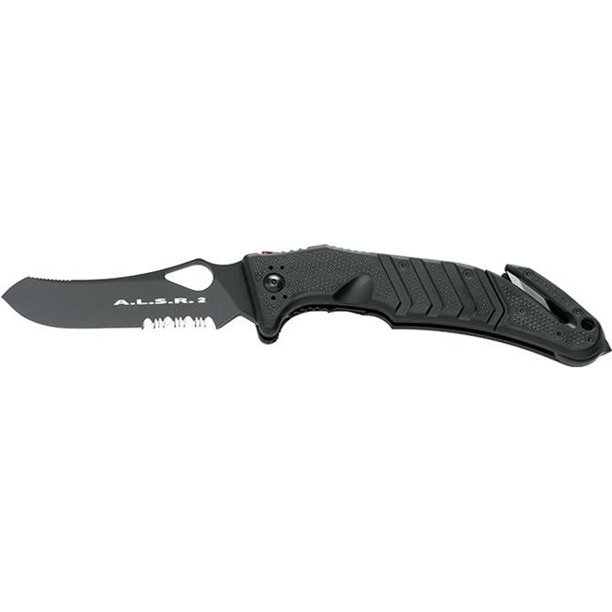 Is hard, modern steel like powder high-speed steel, which can retain its sharpness for a very long period of time, necessary on this type of knives? The best modern «powders» showing the highest degree of sharpness retention: CPM Rex 121, CTS - Maxamet, ZDP189, S390, do not belong to the category of stainless steels. These steels actively corrode, especially when exposed to blood, water and other aggressive media present in an emergency situation. Therefore, stainless steels are used on rescue knives that are often quite simple, but have high toughness and are not prone to pitting. Handles of rescue knives usually use pads made of synthetic materials: polymers like Zytel, thermoplastics FRN and GRN and composite material G-10. Exactly G-10 is by far the most preferable because it can bear heavy loads, has good resistance to aggressive environments, with proper processing it can have good grip and stay firmly in the hand. Carbon has similar qualities, but it has a significantly higher price, higher fragility and loses its appearance rather quickly with intensive use. The shape of the lifeguard knife handle should be as comfortable as possible to hold, and it should have a handguard or a finger-choil to ensure a good grip even in a slippery hand.

A lifeguard's folding knife is not a necessary attribute of our everyday life, but owning it still increases the chances of survival in extreme situations.