One of the main symbols of Scottish culture, apart from the men's skirt (kilt) and the traditional bagpipe, is the interesting national knife known around the world as the sgian dubh. It has an original, memorable appearance and is often mentioned in various works of art on Scottish history. There are a wide variety of versions of the origin of the name of this knife. The sgian-dubh may have originated from the concealed peasant knives that were placed under clothing (on a belt in the armpit area), and later they were worn on the leg, in the knee socks that were an essential part of the national costume. There is also a version that its prototype was a hunting knife with a short blade. It is supposed that the tradition of its making originated in XVIII century, when after 1746 at the Battle of Culloden the Scottish army was finally defeated by England and a ban on carrying long-bladed weapons in the whole territory of the Highland State came into force for the population. This served as the beginning of mass carrying of such knives at first by commoners, and later, in XIX century, it was recognized as a national symbol and became a part of the costume of Scottish aristocracy. Popularization of the knife is largely due to the activities of Scottish national hero Rob Roy Macgregor, a famous outlaw of XVIII century.  According to existing legend, he used this knife extensively, although historians have no credible evidence of this fact. 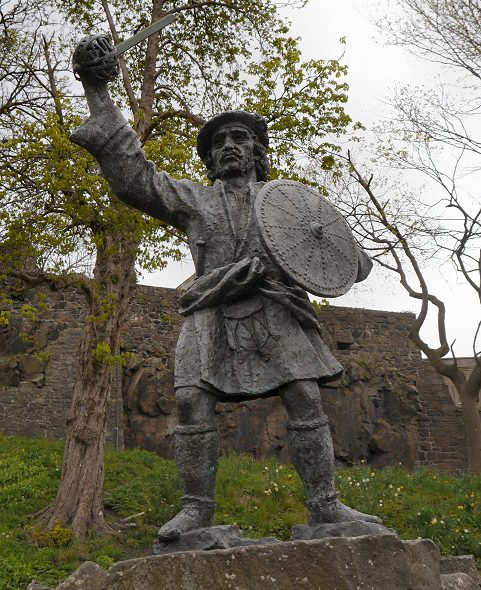 In the early days, the sgian-dubh was produced by artisanal methods from the simplest carbon steel and fairly cheap wood. The blade, 7-10 cm long, had straight bevels and a single-sided grind. A distinctive feature of the knife was a spear-point blade, thanks to which it had high penetration and was used for stabbing. However, this did not prevent it from being used for various household purposes, as its geometry allowed a very comfortable cut on almost any material. The handle was made of hardwood, dark or all-black in colour, as well as horns of various animals, particularly the noble deer that are common in Scotland. It often had a characteristic round tip decorated with a metal rim. The handle was mounted by a slide-in method and was quite light, the knife itself did not weigh much. For ease of carrying in knee socks, one side of the handle was flatter to fit comfortably on the leg, while the other was more convex and rounded. The sheath was made of leather with metal edging and had no hanger. The handle may have been carved with a national pattern and the metal elements of the scabbard and handle also had an embossed or engraved pattern. 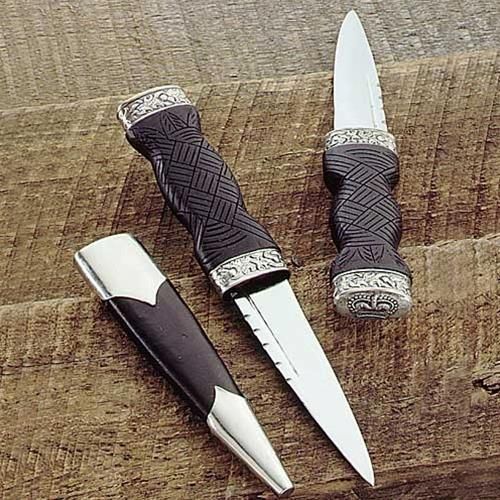 For a long time sgian-dubh knives were unknown in the world, although they were often mentioned in the works of the best Scottish writers Walter Scott and Robert Stevenson. The cinema of the late twentieth and early twenty-first centuries, most notably films such as Braveheart and Rob Roy, played a major role in their popularisation. The Scottish fashion that emerged during this period led to an interest in the knife. Many global and Russian manufacturers began to create their products based on the sgian-dubh. The knives are made from modern materials: quality stainless steels and handles made from plastic, carbon, g-10, etc. Folding knives are also produced with a sgian-dubh blade type. Modern sgian-dubh knives have a fairly thick spine, around 4mm, with straight bevels. The most controversial element of this knife is the lack of a finger choil, which makes active use of it quite dangerous. 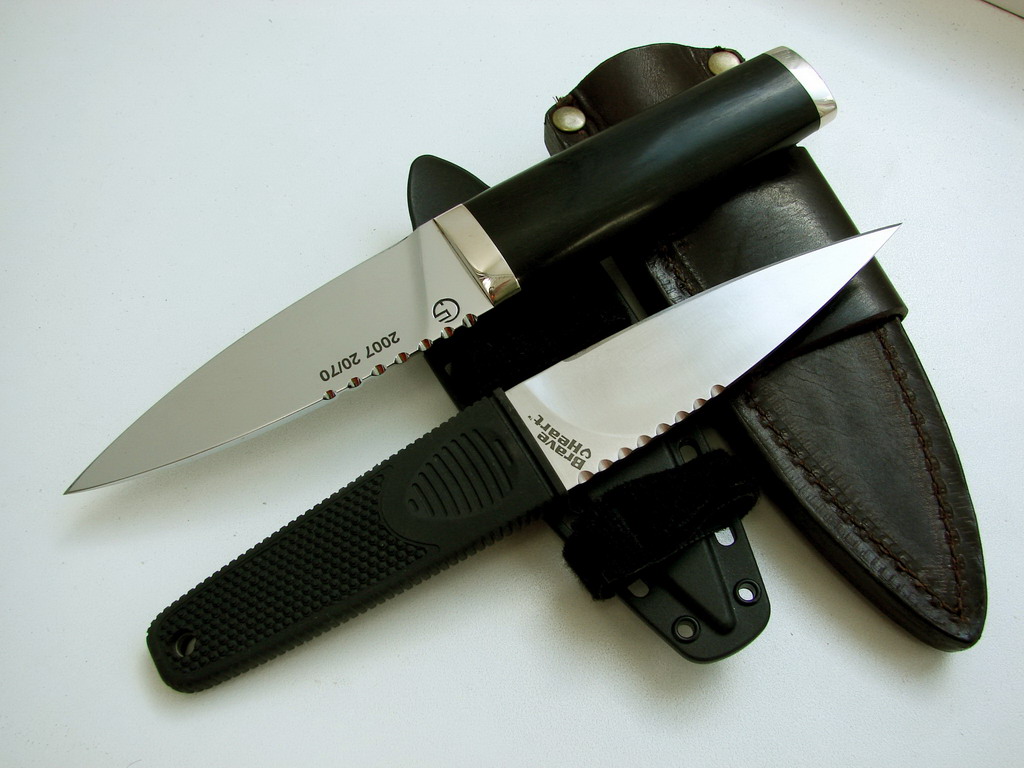 It is easy to sharpen this type of knives. They always have a straight edge to fix them in the clamps of the sharpener. And a blade with a straight cutting edge can be sharpened with any type of abrasive stones, depending on the hardness of the steel. 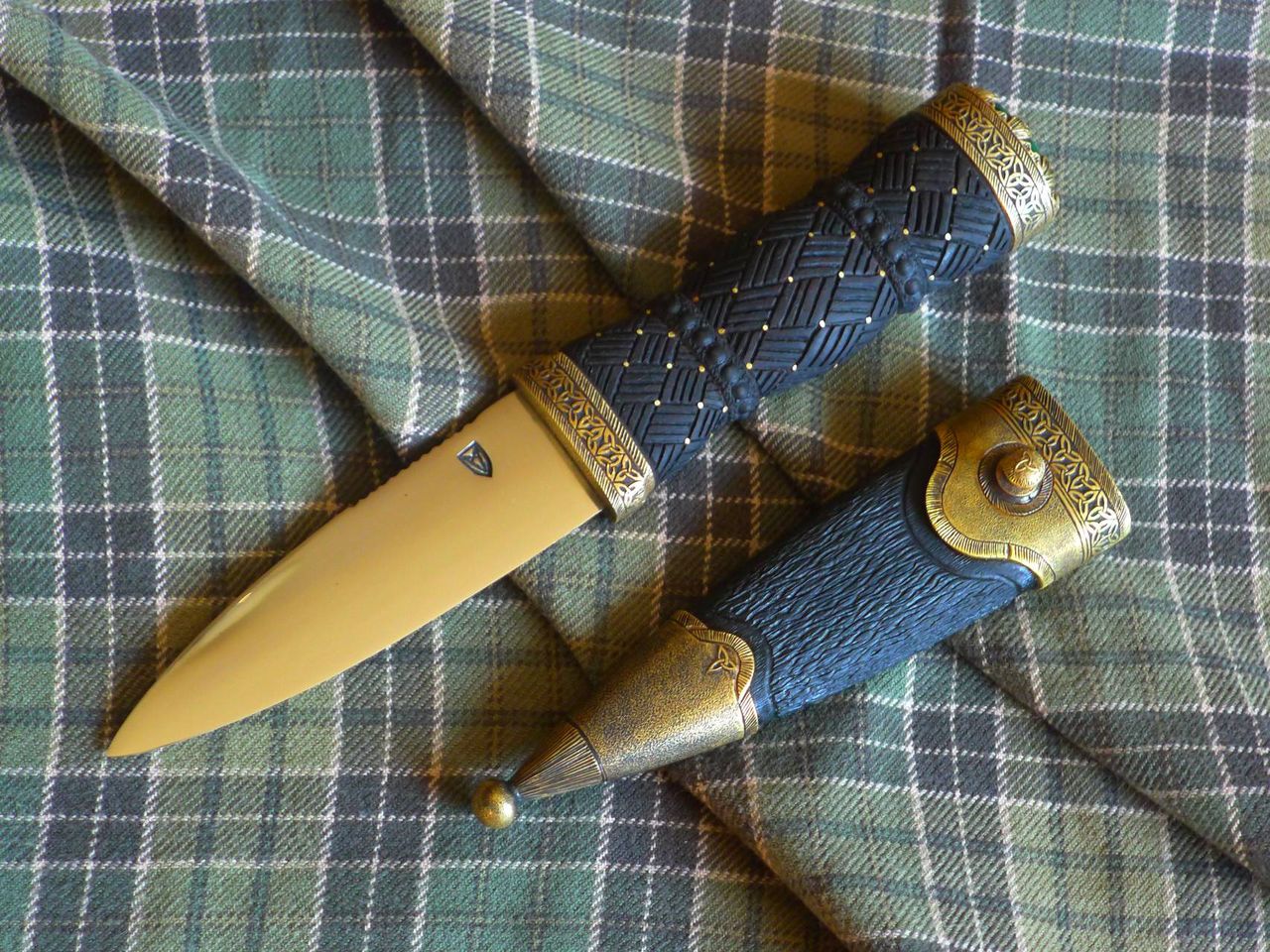