The handles of expensive knives from mass manufacturers, as well as custom craftsmen, are often made of titanium alloy. This lightweight and at the same time durable material allows you to create a variety of folding knives, including those with a unique, artistic design. 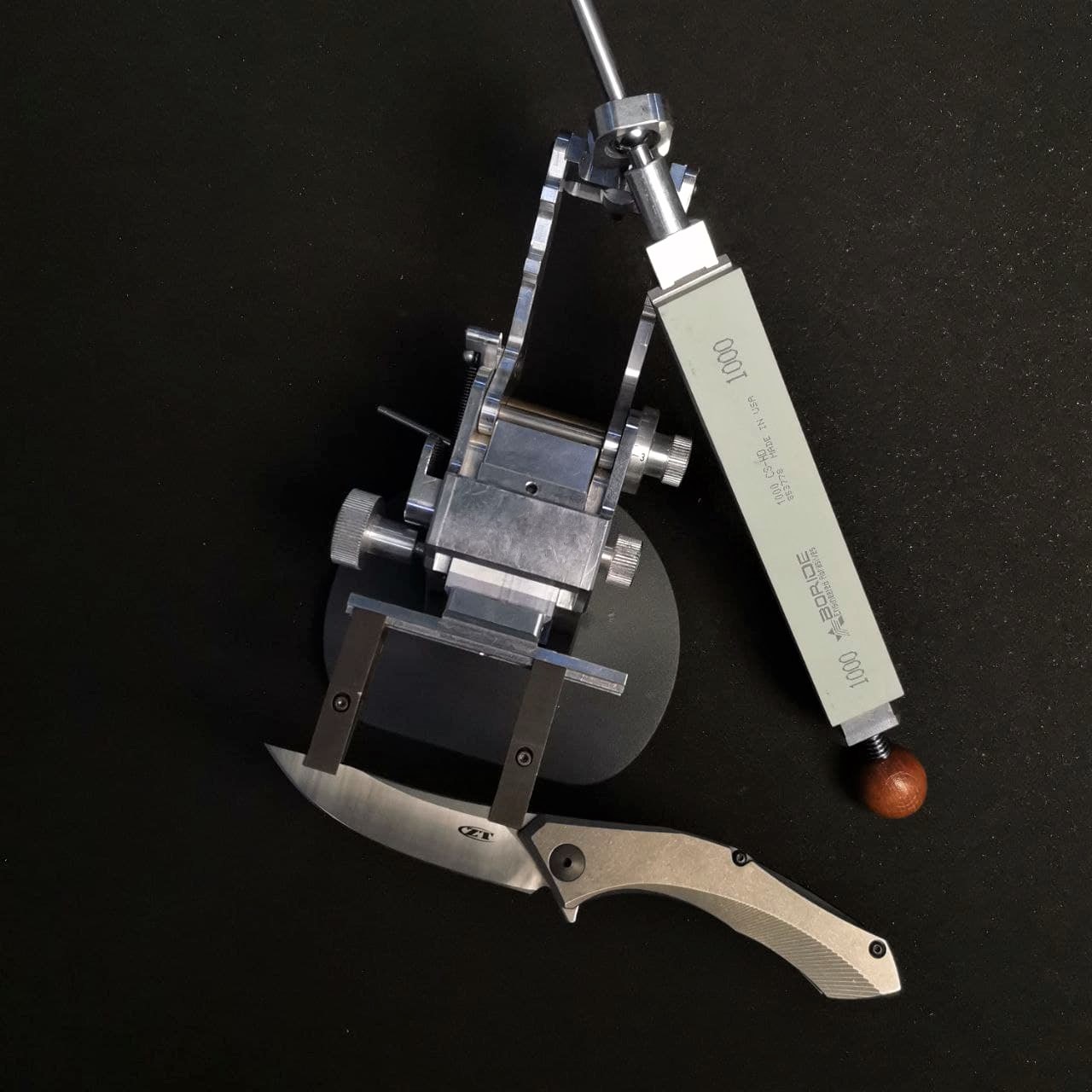 Titanium (Ti) is one of the most common chemical elements, it belongs to the 4th group of the periodic table. It is a lightweight, durable metal of silver-white color. It is on the 9th place among natural elements, its content in the earth's crust is 0.57%, and in seawater - 0.001 mg/l by weight. At the same time, titanium is almost always tetravalent in the earth's crust and is present only in oxygen compounds. It does not occur in free form. Titanium under weathering and deposition conditions has a geochemical affinity with aluminum oxide (Al2O3). It is concentrated in the bauxites of the crust and in marine clay sediments. Titanium minerals are resistant to weathering and form large concentrations in placers. In total, more than 100 minerals containing titanium are known, among them the most common: rutile, ilmenite, titanomagnetite, perovskite, titanite. Titanium has a number of significant advantages over other metals. First of all, high corrosion resistance. The corrosion process in titanium can be started only by the most aggressive chemicals - concentrated sulfuric, hydrofluoric and orthophosphoric acids. In relation to the manufacture of knives, its high strength also plays a key role — titanium is equal in strength to the highest quality grades of steel, despite its relatively low density. Titanium products also have a very small weight, comparable to the weight of aluminum. 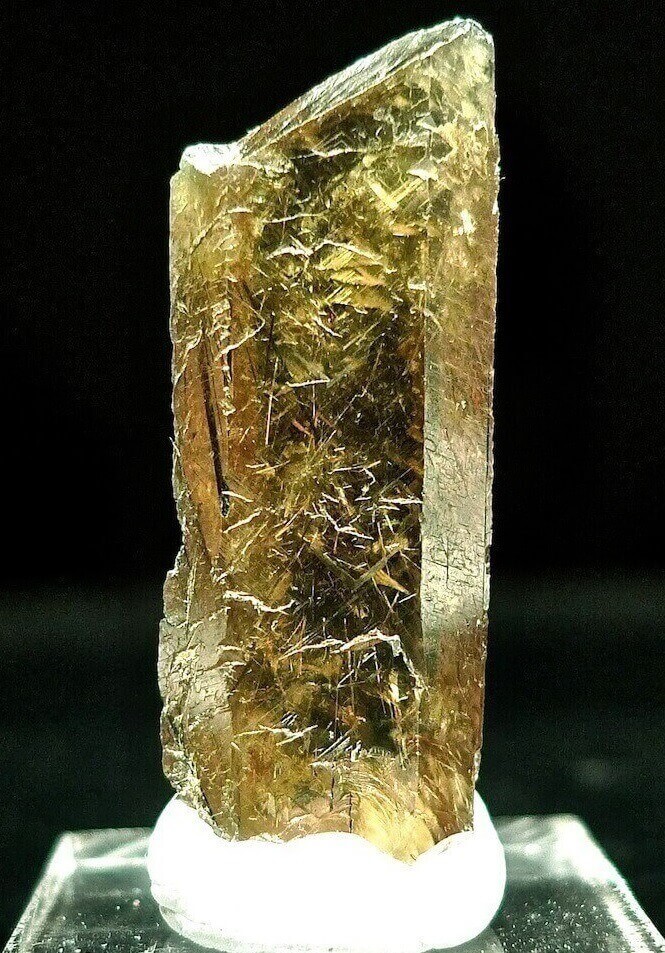 The main problem of using titanium is the complexity of its production. When milling at high speeds, titanium enters into a chemical reaction and begins to stick to the cutting tool and solder with it, leading to the rapid wear of the tool. To overcome this problem, two main methods are used: nitriding and oxidation. During nitriding, the heated titanium part is kept in nitrogen gas for a day. This method makes it possible to cover the surface of the element with a nitride film, which gives titanium a special hardness. And as a result, it allows to get an increase in the wear resistance of the titanium part. Another method that allows to increase the properties of the metal is oxidation. The titanium part is heated for a long period so that an oxide film appears on its surface. It tightly covers the top layer of metal, not letting the air in. Grinding titanium is also difficult, as it produces strong sparking at high speeds and requires frequent replacement of sanding belts. 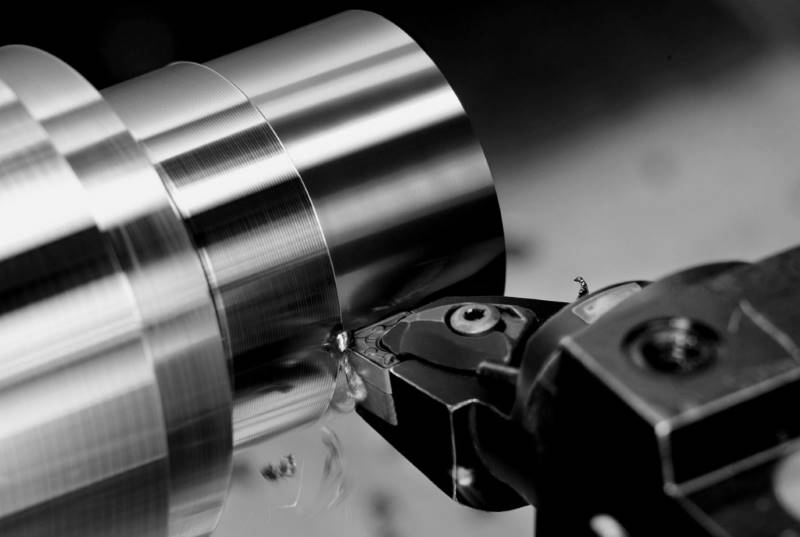 The complexity of processing titanium leads to a significant increase in its price, which is on average three times higher than steel and does not allow it to be used everywhere. Nevertheless, titanium products are used in various industries. Titanium tanks, pipelines and pumps are used in the chemical industry. In medicine, titanium prostheses and various biomaterials. Various aircraft and rocket parts are manufactured in the aviation and rocket industry. 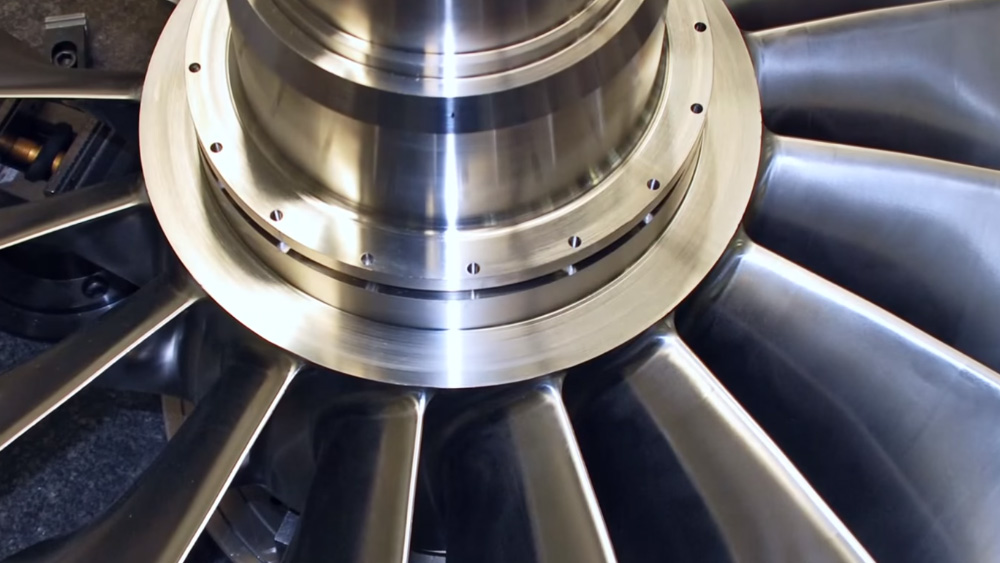 Pure titanium is practically not used in industry. Alloys with various metals, primarily aluminum and vanadium, are most often used. Titanium used in industry is divided into several categories, depending on its phase state. When heated to a temperature of 880±20 °, it is in the form of an alpha phase and has a hexagonal crystal lattice. At higher temperatures, titanium passes into the beta phase, which has a body-centered lattice. In accordance with this, industrial alloys are divided into: alpha alloys, beta alloys and alpha-beta alloys. 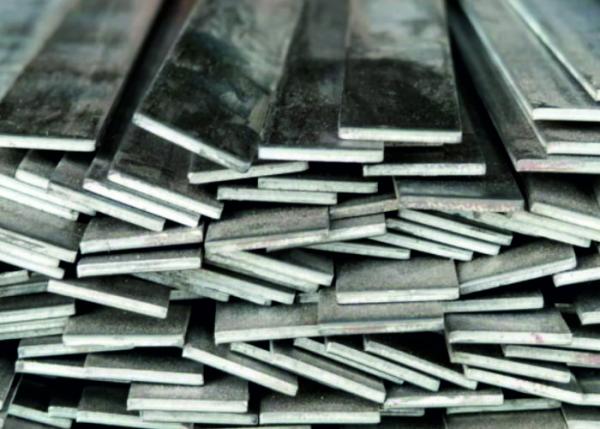 Alpha titanium alloys are the hardest, most expensive and are used to create strong structures, for example, for the manufacture of bicycle frames. For the alpha phase, aluminum is the only alloying additive that, by increasing the strength of the alloy, does not dramatically reduces its plasticity. Other stabilizers - oxygen, nitrogen and carbon - even in small quantities lead to a sharp increase in the strength and decrease in the plasticity of titanium. Titanium alloys with aluminum contain up to 7% of aluminum and are produced at temperatures up to 850°. 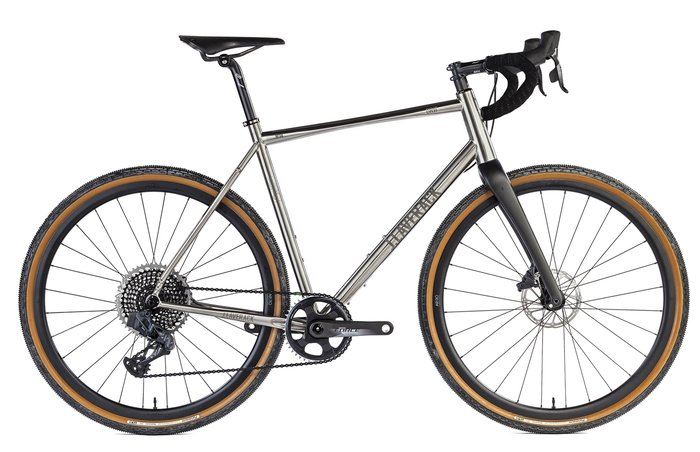 There are also alloys based on beta-titanium. However, they have low thermal stability, are not suitable for use at high temperatures and are rarely used in industry.

The most common are alpha-beta titanium alloys. The most popular of them is the Ti6AL4V alloy, used in industry for the manufacture of various frames, pipes and fasteners. It is formed as an alpha phase with a crystal structure of densely packed even spheres and a beta phase with a cubic crystal structure. It consists of 6% of aluminum, 4% of vanadium and 90% of titanium. Aluminum in this alloy is responsible for the stabilization of the alpha phase, and vanadium is responsible for the beta phase. The hardness of Ti6AL4V is about 47 units on the Rockwell scale. The alloy has a density of 4500 kg/m3 and a tensile strength of more than 900 MPa. In the knife industry, titanium can be subjected to a wide variety of processing, which contributes both to an increase in its functional qualities and aesthetic beauty. In particular, titanium is amenable to various types of sandblasting, tumbling, etching and polishing. Most often, the handles of knives are treated with tumbling (stonewash) or etching in various colors. The handle made of titanium alloy allows you to use any kind of locks, but first of all a frame lock, on which a spacer made of hardened steel is necessarily mounted. It prevents the lock from sticking and makes it possible to use the knife for many years. 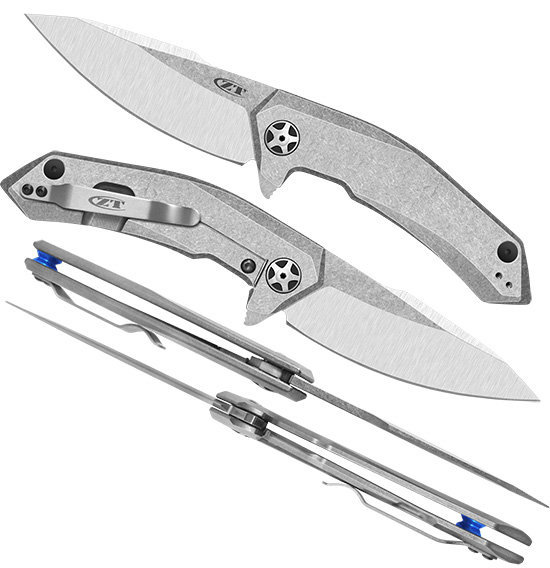 Another option for using titanium in the knife industry was the development by American specialists of the so-called "titanium damascus", produced under the Timascus brand. The material consists of several types of titanium alloys by analogy with the creation of Damascus steel. In particular, CP-Ti and Ti6AL4V alloys are used for its manufacture. The materials are joined by vacuum welding using hydrofluoric and nitric acids. The resulting material has a unique pattern and corrosion resistance. It allows you to make bolsters, pommels and other handle elements on knives with a fixed blade, and whole handle plates for folding knives.

Over the last century titanium alloys have become symbols of the development of metallurgical technologies and have made their unique contribution to a variety of industries. For the knife industry, titanium has become a symbol of reliability, lightness and premium quality of any prouct.