Bolo (Tagalog: iták, Ilocano: bunéng, Pangasinan: baráng, Cebuano: súndang, Hiligaynon: binangon) - ф Philippine traditional knife used both as a weapon and as a household tool. It is also widespread in other Southeast Asian countries: Indonesia, Malaysia, and Brunei. Nowadays it is actively used in agriculture, for cutting sugar cane, opening coconuts, mowing grass and bushes, and for other household purposes. It is actively used in the traditional martial arts of the Philippines (arnis) and neighboring territories. The appearance of the bolo depends on the traditions of the ethnic groups in whose territory it is made and has a large number of variations of blades and handles. 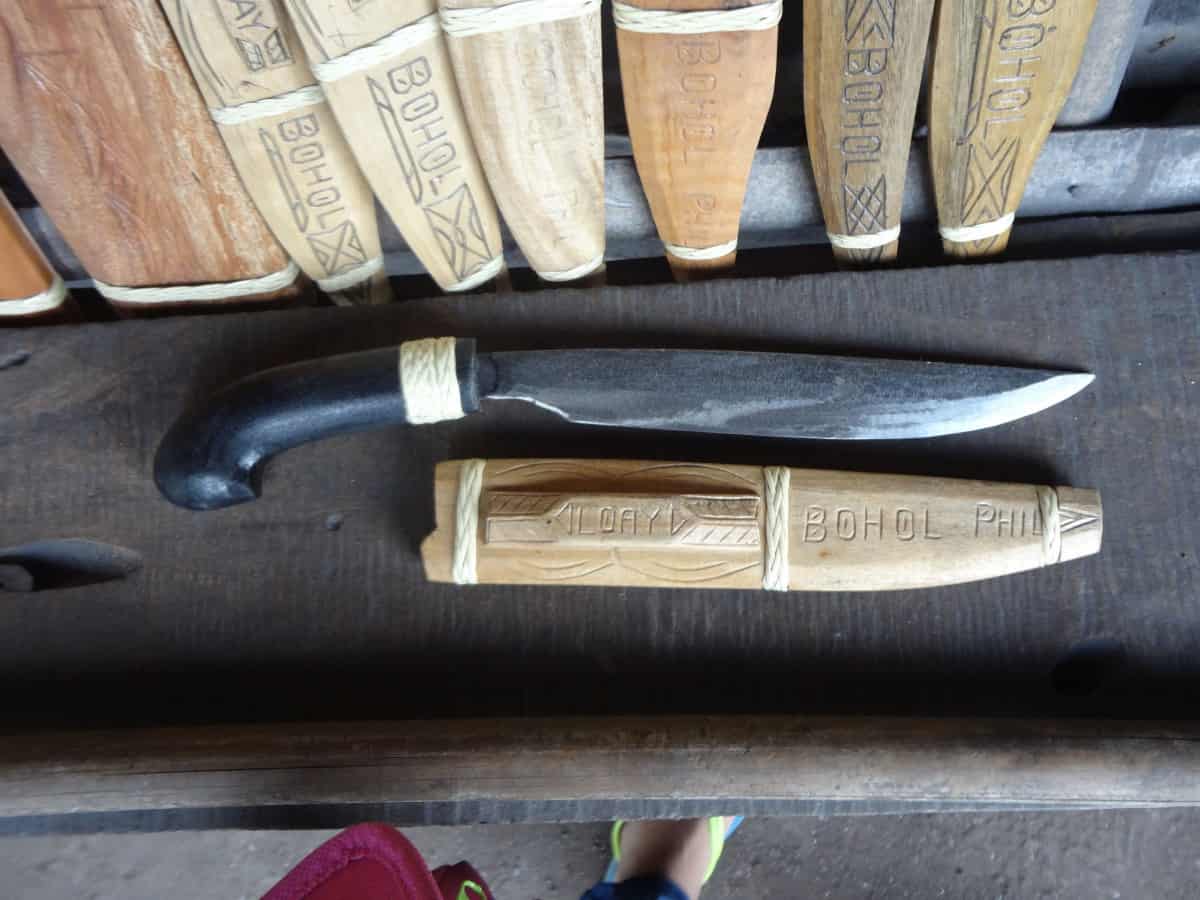 History has not preserved the exact time when the bolo knife was created. However, it is known that it was used as an agricultural tool even before the colonization of the Philippines by the Spaniards in the 16th century. Later it was used in numerous local military conflicts. For example, it was used by members of the radical organization Katipunan during the Philippine Revolution in 1896. During World War II, the Bolo knife was used by the First Philippine Infantry Regiment of the U.S. Army.

The traditional Bolo has a total length of about 400 - 500 mm. At the same time the length of the blade is usually 250-350 mm. The blade has a considerable width from the tip to the middle, and then begins to narrow towards the handle, forming a "leaf-shaped" geometry. The distinctive curve on the blade became the signature of this knife and allows to distinguish it from a straight Latin machete at first glance. The center of gravity of the bolo is shifted forward, making it easier to strike a vertical blow from top to bottom. In the past, bolo was used as a weapon, and it also left its mark in the aggressive shape of its tip that allows stabbing. Sometimes a metal guard was mounted on the hilt of the knife, but most versions did not have one. Traditional bolo blades were made of the cheapest and most accessible carbon steel, which rusted quickly and lost its sharpness as well. The handle was made from improvised materials: hard wood and animal horns, in the form of overlays or by a slip-on mounting method. It usually had a curved shape with a pointed tip. Traditional scabbards were made of hardwood and fastened with metal hoops. They could also be made of coarse leather, most often cowhide, with a special treatment to make it as hard and durable as possible. The "classic" bolo scabbards used a regular rope as a hanger, special European-type hanger loops were not used. The distribution of bolo knives in the Southwestern Pacific archipelagos has become so widespread that the name of the knife itself has been interpreted broadly to include various weapons and traditional farming tools. What they have in common is a blade shape close to the "classic" bolo. Among them: barong and kampilan, swords with leaf-shaped blades; itak and pinuti, narrower swords used only as weapons; pira, a knife with a wide tip common in the Sulu Archipelago, Mindanao and Visayas, etc.

Nowadays the original appearance of the traditional bolo has been noticed by major manufacturers of "bushcraft" and survival knives. And it got a new life in the form of various hybrids of long blades. In particular, various "bolo machetes" are produced, designed primarily for travelers to move in difficult jungle, tropical and mangrove forest conditions. They are usually made of carbon steel with good impact resistance (1055 and 1080 steels) and obligatory blade coating to prevent corrosion. The handles of modern bolos can be made of wood as well as the latest materials, primarily various thermoplastics. The scabbards are also usually made of hard and durable plastic that withstands shock loads well, or of nylon (cordura), with hangers for fastening to the belt. Whether the geometry of the bolo gives a significant advantage over the traditional machete is not known for certain. In fact, the interest in this knife is not due to its working qualities, but to its original appearance and exotic origin. 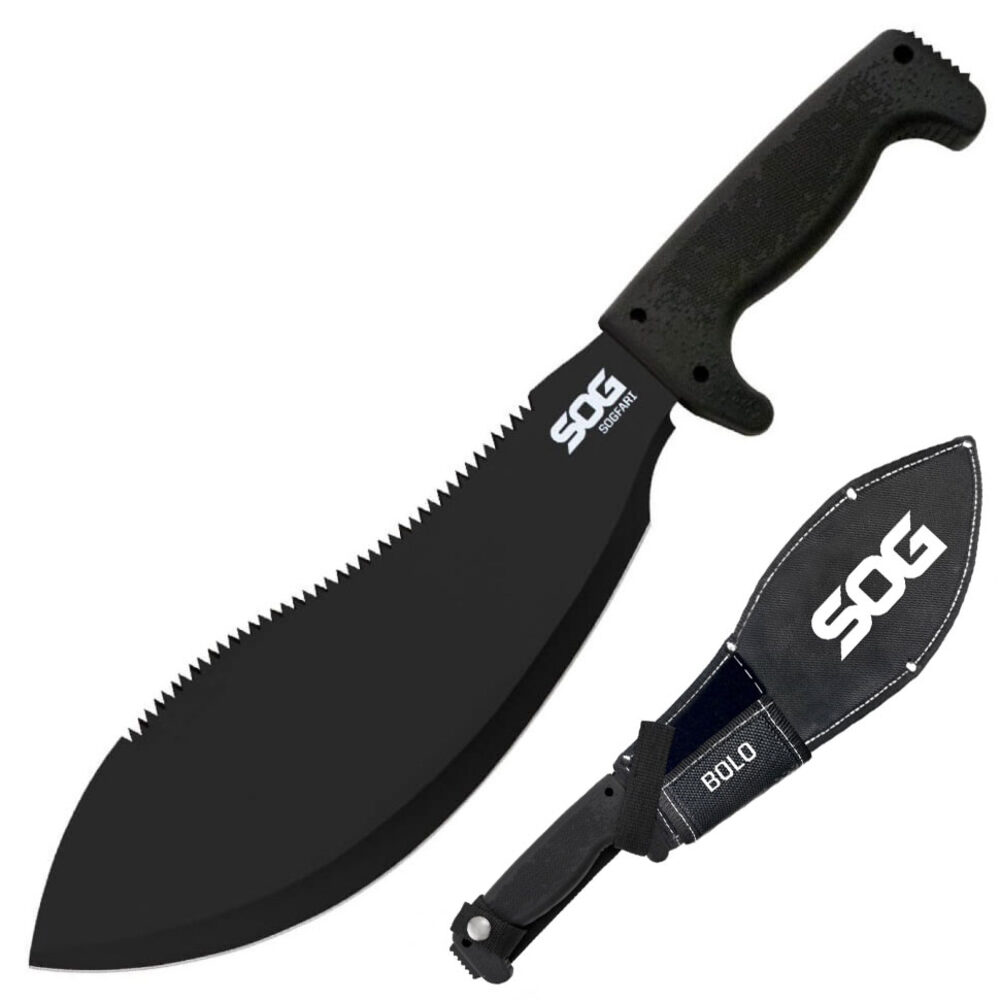 Sharpening of bolo knives, both traditional and modern, requires some large sharpening systems. This includes the K03 sharpener, thanks to the length of its frame it is possible to sharpen blades with a length of up to 60 cm. And the use of the built-in electronic angle finder Axicube-I will allow you to trace the change in the sharpening angle along the entire cutting edge. Our angle finder will help you properly set a long blade in the clamps, keeping the same angle. Carbon steel, of which bolo blades are made, has a hardness of 54-56 HRC and is easy to sharpen with synthetic abrasive stones made of aluminum oxide and silicon carbide. We recommend you to use the oil stones such as Boride PC series, because working with water abrasives can cause corrosion on the secondary bevel of the blade. 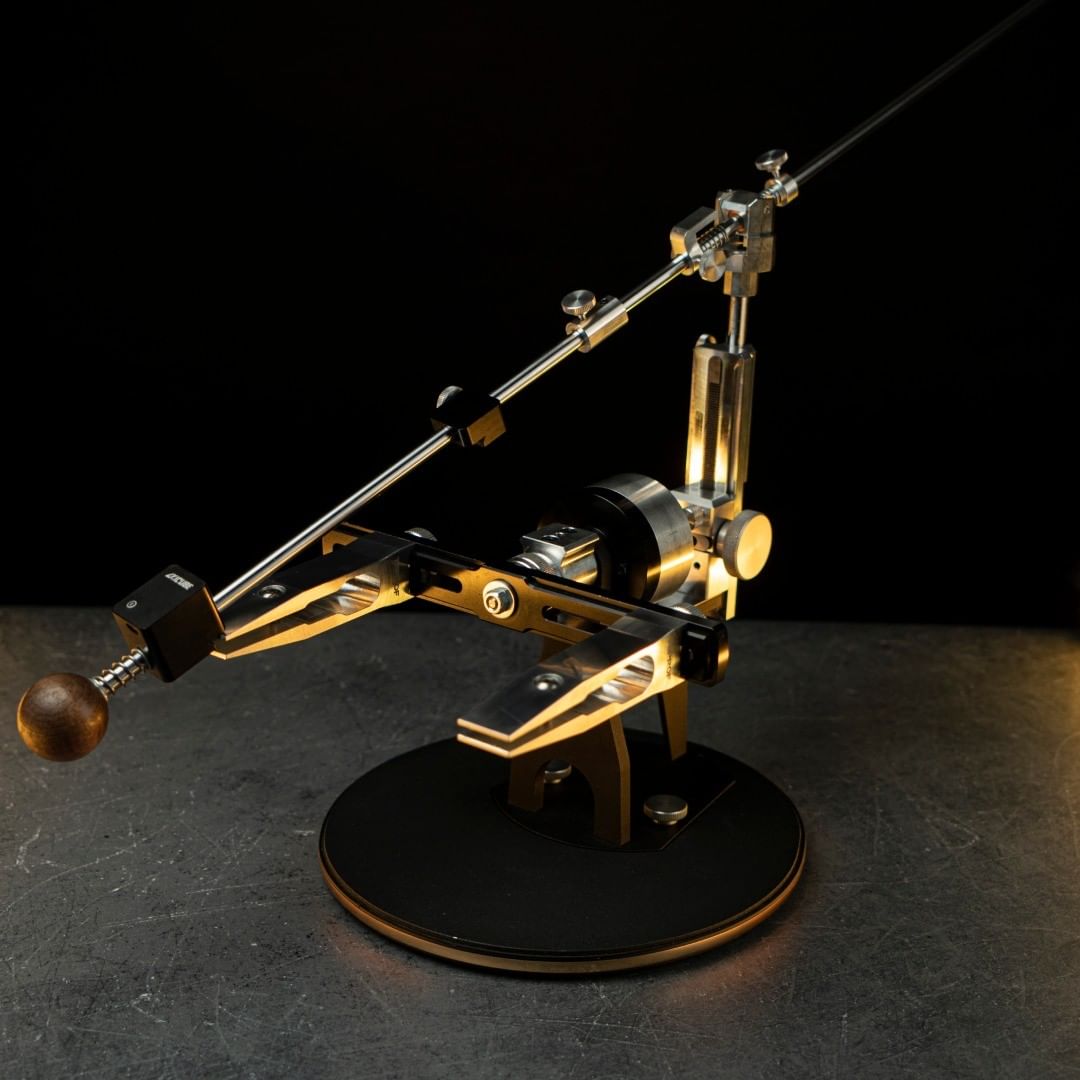 The traditional bolo knife has come a long way over several centuries and has retained its demand. It is not only an interesting object for exotic lovers, but also a working tool for various tasks in difficult terrains.